Many of us don’t feel like celebrating much of anything, let alone Earth Day. We’re in the middle of a global pandemic and facing a major economic collapse. Federal environmental protections are being dismantled by the day, wildlife is in decline across the globe, and the newest climate change predictions, while more accurate, are as dire as ever. Some suggest it’s no time to celebrate Earth Day, but rather fight for it.

Still, despite all this, there is good news out there and reasons yet to be optimistic. In that spirit, we offer twenty bits of positive conservation news that relate to Long Island. Twenty reasons, we think, to justify a little celebration on this 50th Anniversary of Earth Day.

Following up on the initial 2008 survey, a 2018 reassessment of the distribution of river otters found that the charismatic species had doubled its range on Long Island. Otters are now found in all suitable riparian habitats along Long Island’s north shore, from Glen Cove east to Orient Point. They have also expanded to Shelter Island, a portion of the South Fork along the border between Southampton and East Hampton and into the Peconic River! Their expansion, the result of a long-term recovery from fur trapping and improved ecological conditions, is expected to continue across Long Island.

As part of its aggressive climate action plan, New York closed its last coal-burning power plant last month. While such shut-downs create challenges for workers and communities, the transition to green energy will help mitigate climate change impacts on Long Island and create lasting air and water quality benefits for the region.

The native plant movement is taking hold, even here on Long Island, home to the original suburb and countless pristine turf lawns! Led by the Friends of Hempstead Plains and the Long Island Native Plant Initiative (LINPI), the movement to encourage ecologically friendly landscaping now includes many nurseries, landscape designers and organizations. There’s even a rapidly-growing Facebook group dedicated to native gardens! All this makes it easier than ever for all of us to GO NATIVE on Long Island.

4. Half Shells for Habitat

Oyster shells left over from restaurants and festivals are an important natural resource that need to end up back in our bays, not in our landfills or incinerators. And thanks to the expanding Half Shells for Habitat partnership, shells are increasingly being recovered across Long Island and returned to our local estuaries! Seatuck is proud to be working with our partners at CORE (Community Oyster Restoration Effort), several towns (Brookhaven, Hempstead, Islip), dozens of restaurants and an army of dedicated volunteers in this important work!

Although its implementation has been delayed, New York became only the second state in the county to pass a statewide ban on the use of single-use plastic bags. As they photodegrade into smaller and smaller pieces, bags and other plastics reduce water quality, harm wildlife and potentially even impact human health.

The iconic Diamondback Terrapin, which was once ubiquitous in Long Island’s coastal embayments, is now imperiled across its range. But the turtle’s chance of recovery in New York is improving. Recently, a coalition of organizations, including The Nature Conservancy (TNC), Hofstra University and Seatuck, have successfully pushed for an end to the direct harvest of terrapins and for regulations protecting the turtles from dying in crab traps. As of 2018, crab pots, as they’re known, must be fitted with Turtle Excluder Devices (or TEDs) that keep terrapins from getting inside to eat the bait, where they get stuck and drown. Seatuck and TNC have purchased more than eight thousand TEDs that NYSDEC is in the process of distributing free-of-charge to crabbers across Long Island.

New York recently made its temporary ban on fracking permanent, which means the controversial natural gas extraction technique will never carve-up upstate rural areas and open spaces as it has in other states, put New York’s drinking water and environmental resources at risk, or distract the state from focusing on renewables and the green energy future. The fracking decision and other components of The Accelerated Renewable Energy Growth & Community Benefit Act, including protections for wildlife, will ensure that New York continues to be a leader on climate policy.

Seatuck and a broad coalition of partners have come together for a long-term effort to restore and revitalize Penataquit Creek in Bay Shore. Already, we’ve conducted extensive surveys, held several clean-ups, removed invasive plant species and stocked native fish. And much more is to come as we join with the Bay Shore community to revive the Penataquit!

For now, Long Island is the only place in the Lower 48 that coyotes haven’t officially colonized, but it won’t be for long. Coyotes continue to move into northern Queens and make their way across Long Island. Conflicts are sure to arise as they colonize our region, but having an apex predator will almost certainly generate an overall benefit for our natural areas and terrestrial ecosystems.

Too often our schoolyards are designed for ease of maintenance and elimination of risk: easy-to-mow turf grass, too much pavement and overly-safe playground equipment made of plastic and rubber. In other words, nothing natural or inspiring. Seatuck, as part of a national movement, has been working with schools across Long Island to help reverse this trend, primarily by installing native gardens that students design, prep, plant and maintain themselves! These gardens (which can be expanded year after year) increase biodiversity, support native wildlife and become cherished outdoor teaching spaces. They give students a chance to get their hands dirty, develop a connection to the environment and reap the benefits of engaging with the natural world.

Despite overall bird declines, several high profile species, including Bald Eagles, Osprey and Peregrine Falcons, are still building on a recovery that has its roots on Long Island. The Environmental Defense Fund was founded in Brookhaven (before the first Earth Day!) to fight for a ban of the pesticide DDT, which caused birds to lay thin-shelled eggs that cracked during incubation. The effects of DDT had nearly wiped out many species, especially those high on the food chain that accumulated high quantities of the chemical. But the 1972 EDF-led ban on DDT started a recovery that continues to this day. Osprey populations are still expanding, Peregrines regularly nest along our barrier islands and several pairs nest here, and over the past decade even Bald Eagles have returned to the island to nest!

12. Another Year for Plum

Plum Island, the 840-acre island just off Long Island that was formerly a high-security federal animal disease research lab, has been at risk of being sold for private development. In an effort spearheaded by Seatuck’s John Turner, conservationists are battling to preserve the ecologically valuable island as a wildlife refuge. In December, the Administration halted the potential sale for a year, buying time to continue the fight for permanent protection for this national treasure.

Atlantic Menhaden, also known as bunker, are a vital prey (or forage) species in the marine food web. Often called the “most important fish in the sea,” they provide forage from everything from Gannets to Dolphins to Humpback Whales. After they suffered steep declines, catch limits helped bunker populations to increase over the past decade. More recently, new state legislation protects them from being pursued by industrial fishing operations in New York waters. Going forward, the promise of new ecosystem-based management measures could ensure healthy bunker populations – and many more whale sightings – around Long Island for decades to come!

Evidence has been mounting over the past several years that water quality in Long Island Sound is improving. And with better water comes improved ecological health and more wildlife, including Bottlenose Dolphins, Humpback Whales, even a White Shark! These improvements started with the Clean Water Act (following the first Earth Day!),  expanded with the establishment of a National Estuary Program (the Long Island Sound Study), and continue today through work of a broad multi-state coalition on both sides of the Sound. And the future looks bright as a significant increase in federal funding was recently announced for Long Island Sound!

While ocean acidification refers to the global change in ocean chemistry from carbon dioxide, coastal acidification is another mechanism by which near-shore water chemistry can change from freshwater river inputs and excess nutrient run-off. It is emerging as a significant challenge for coastal ecosystem health that requires regional solutions. New York State recently established the Ocean Acidification Task Force to assess the impacts of ocean acidification on coastal habitats and to recommend action to mitigate the harmful effects.

Nitrogen is essential for all life, especially for algae and aquatic plants that form the basis of aquatic food webs. But too much nitrogen – from septic systems, fertilizers and other sources – is problematic: it causes excess plant growth and harmful algal blooms that degrade water quality and ecological health in our coastal embayments. But the tide is turning! A Long Island Nitrogen Action Plan has been established, new septic technology is being implemented, significant funds are being directed at the problem, and water reuse is beginning to be included as part of the solution. Cleaner, healthier water is ahead!

Alewife, Blueback Herring and American Eels are ecologically important diadromous fish that help to drive Long Island’s entire coastal ecosystem. Despite countless dams blocking their access to freshwater habitat and offshore impacts from industrial fishing operations, these fish are hanging on. From Rockville Centre to Riverhead and dozens of places in between, they are still trying to migrate into our waterways each spring to complete their life cycles. Their resilience gives us hope! And inspires Seatuck and our many partners to try to restore habitat, install fish passes and remove dams so their populations can thrive again.

Conservation begins with open space – there has to be enough undeveloped acreage for ecosystems to function properly and sufficient high-quality habitat to support wildlife. Thankfully, land across Long Island continues to be preserved for conservation purposes. In just the past year, the Long Island Pine Barrens reached an important milestone of 100,000 acres preserved and the 840-acre former Shoreham Nuclear Power Plant property was ensured of long-term protection. In addition, the Town of Brookhaven and The Nature Conservancy preserved more than 100 parcels in Mastic Beach, which will reduce impacts from sea level rise, and Seatuck partnered with Suffolk County to ensure permanent protection for Hauppauge Springs, the headwaters of the Nissequogue River.

When it comes to renewable energy to help power our future and mitigate climate change, New York is tapping the strong and persistent winds blowing off Long Island’s shores. New York has set a goal of 70% renewable energy by 2030 and, to help us get there, released a Master Plan to guide offshore wind development. If done right – e.g., ensuring minimal impacts to marine wildlife and existing uses — harnessing these winds will power our homes, create thousands of green jobs, help green our economy, and provide a reliable source of clean energy right in our own backyard.

Its future remains uncertain while NYS Parks continues to assess the dam that failed in June 2019, but for now, West Brook in Bayard Cutting Arboretum continues to flow unimpeded from its headwaters to the Great South Bay – and a rare ecological community is taking hold in the site of the former pond. West Brook is now one of only a few undammed streams on Long Island – let’s keep it that way!

The Kids Are Alright!

If nothing above lifts your spirits given that the US is leaving the Paris Climate Accord, climate deniers are scattered throughout the highest levels of the Trump Administration, and nothing matters if there’s no commitment to addressing climate change, then we urge you to look to the future. Today’s youth give us hope! From Person-of-the-Year Greta Thunberg, to the massive turnout for last fall’s Youth Climate Strike, to Long Island’s own Students for Climate Action (S4CA), we’re optimistic that the next generation of leaders are ready to step up and handle this! 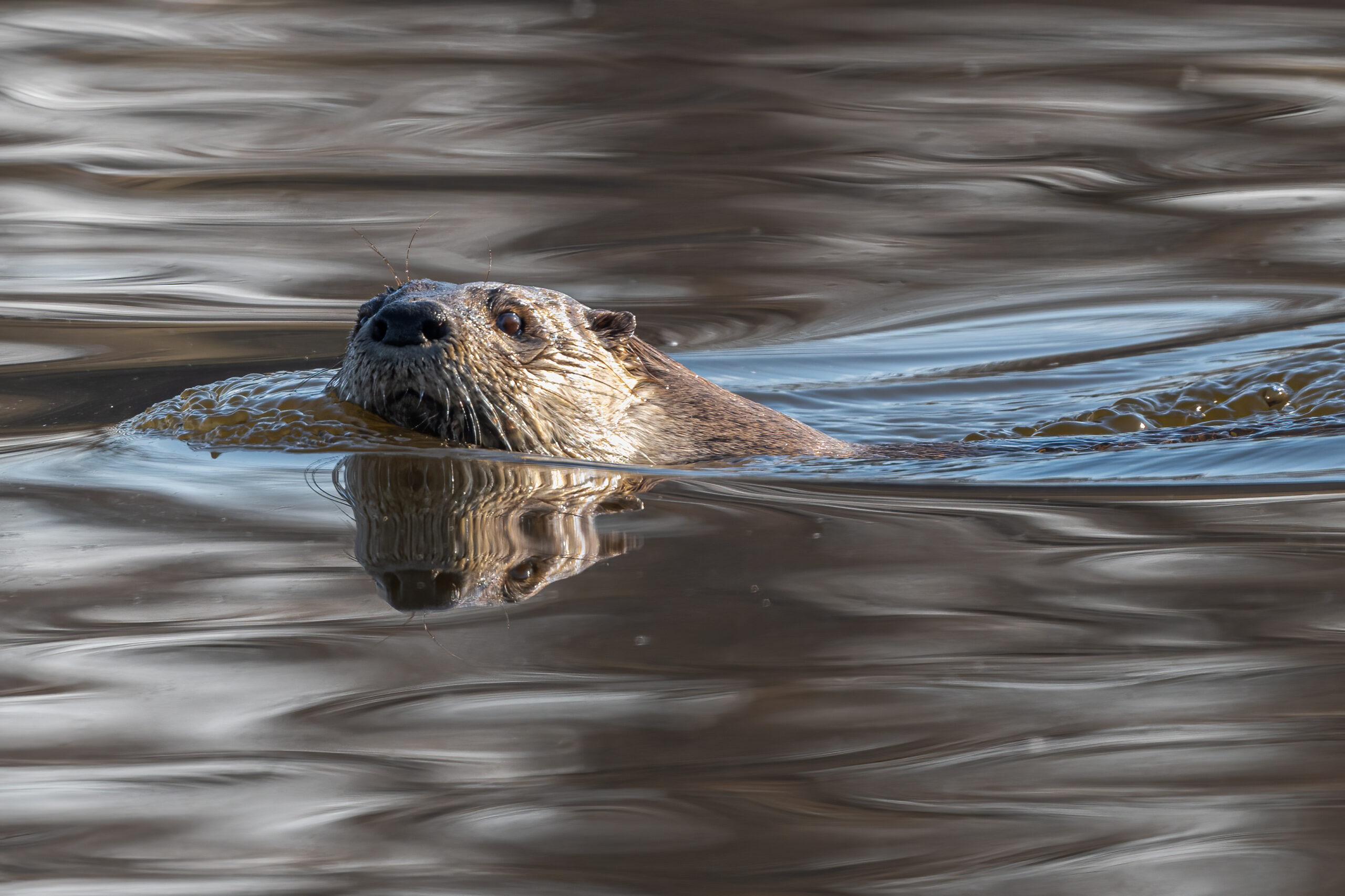 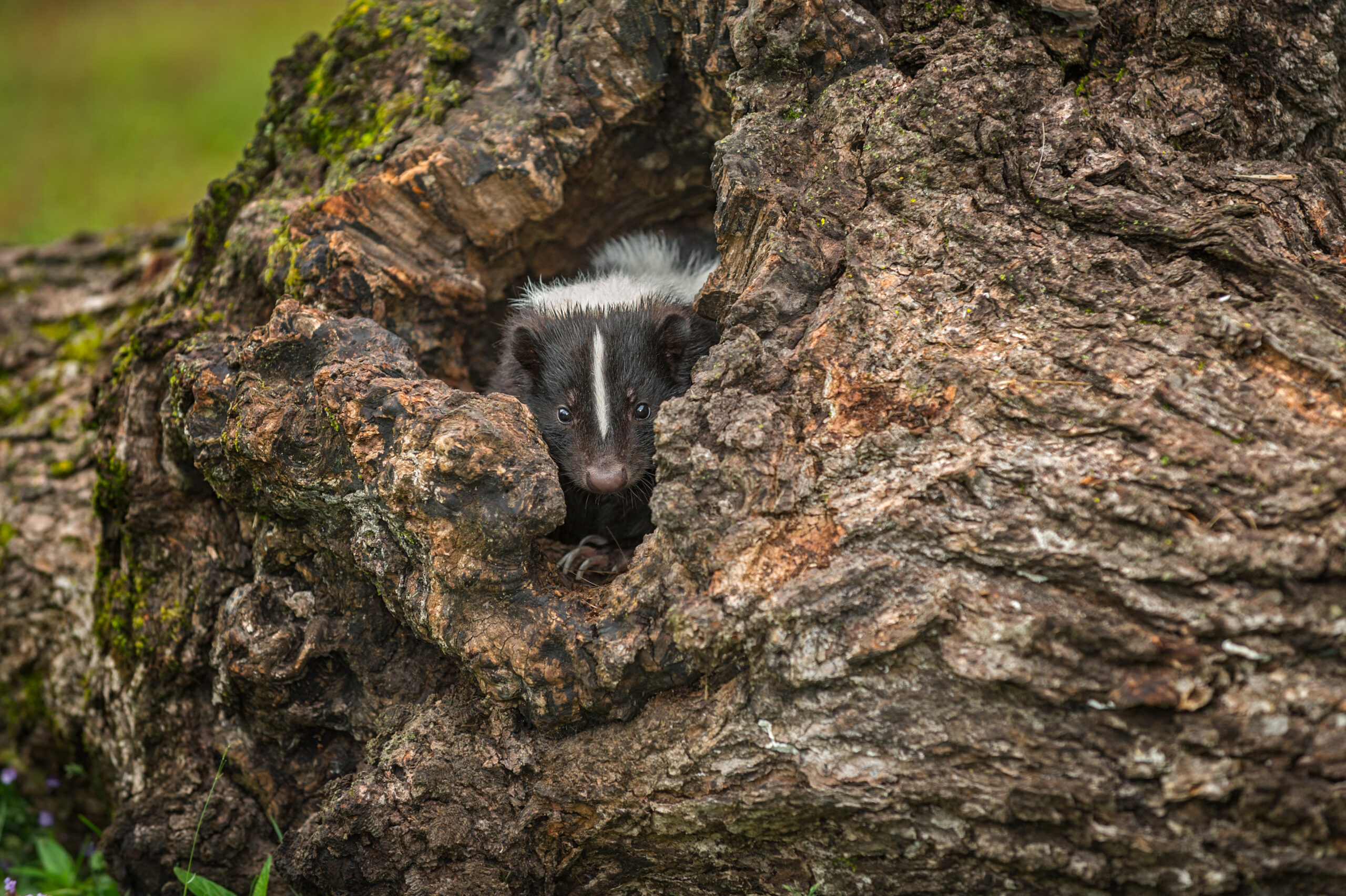 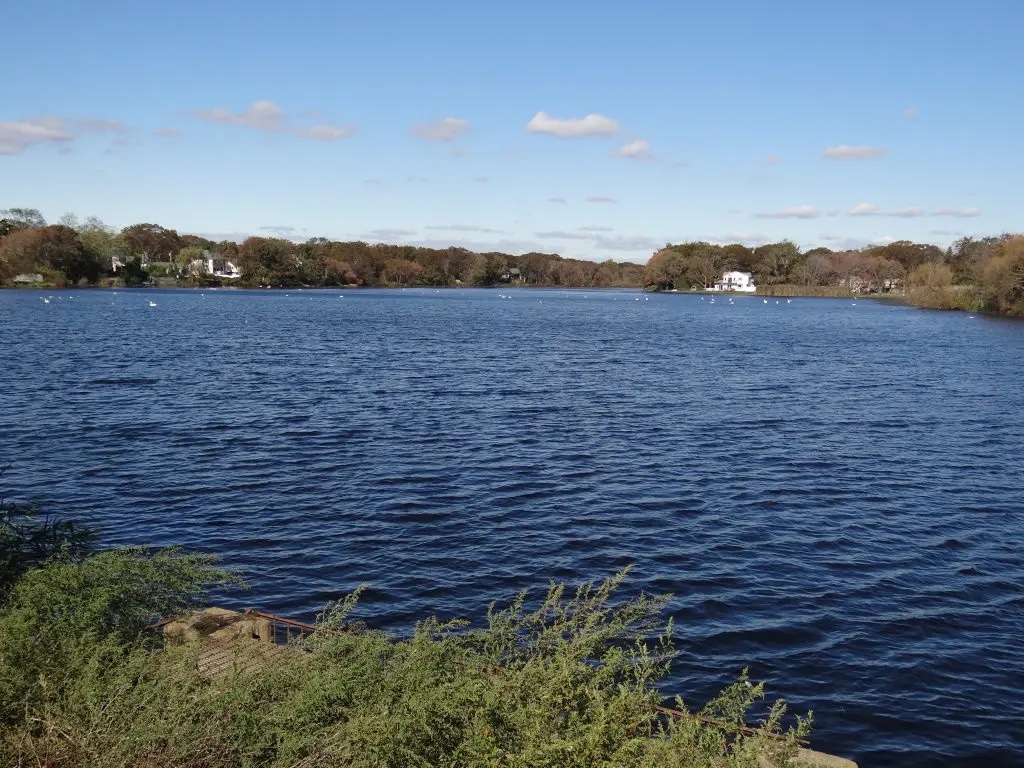