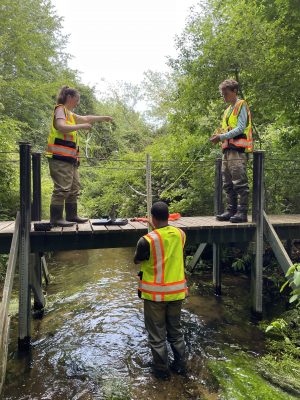 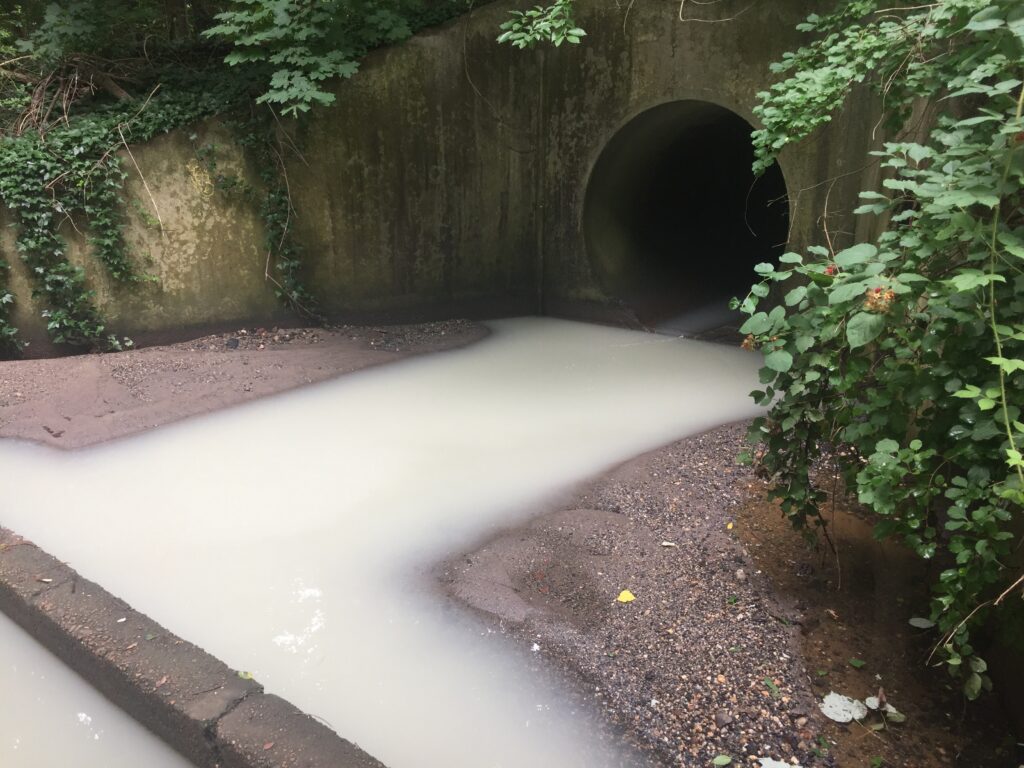 Nassau County’s rivers and streams play an important role in the region’s coastal ecosystem. They link marine and terrestrial habitats, transport sediment and provide passage for migratory fish and other native wildlife, such as river otters and turtles, that travel between feeding, nursery and breeding grounds.

Over the past century, as roads and railways were constructed across the county, much of this important infrastructure necessarily intersected with local waterways. In such cases, culverts – man-made steel, stone or concrete structures – were installed to allow water to pass under roads or other crossings. However, in most cases, little consideration was given to maintaining the natural aspects of the waterways or the ecosystem services they provided. As a consequence, most of Nassau County’s existing culverts have had a detrimental impact on the ecological health of our rivers, streams and wetlands.

Almost all of the region’s culverts are undersized (sometimes squeezing waterways into small underground pipes), which restricts flow and causes water to accumulate upstream. The resulting impoundments of warm, stagnant water create a host of ecological and maintenance problems, including an inhospitable environment for cold-water fish and conditions that allow invasive aquatic vegetation to flourish. Undersized culverts also create flooding during rain events, which damages homes, roads and bridges and disrupt transportation and critical services. Culverts within the tidal zone can also present an additional flooding problem: they fail to allow the full spectrum of tidal and storm flow to pass from their downstream side – a situation that is increasingly problematic in an era of rising seas.

Undersized, as well as “perched” culverts (those with an outlet above the level of the downstream channel) also limit the ability of fish and other wildlife to move up and down the waterway. These problems are exacerbated when the culverts become blocked with debris or fall into disrepair over time. In some cases, culverts force wildlife – such as river otters, for example – to leave the water and cross roads, putting them at risk of being hit by oncoming traffic.

Replacing undersized culverts will help reestablish connectivity, improve habitat, restore populations of migratory fish and other native wildlife, and make our culverts more resilient to the increasing number of severe storms forecast as a result of climate change.

With a generous grant from the Pritchard Charitable Trust, Seatuck is assessing existing culverts in key watershed areas across Nassau County and identifying priority areas for wildlife restoration and rehabilitation. This work expands upon a similar project that The Nature Conservancy recently completed in Suffolk County. The final work product, a GIS-based map and report, will be shared with local governments, public works departments and other stakeholders. The goal is to improve culvert projects and further the reconnection of waterways and migratory corridors.

Benefits of a “Right-Sizing” or Upgrading Culverts

Culverts come in varying shapes and sizes, such as round culverts, box culverts or even bridges. Installing the correct size and shape culvert can drastically improve wildlife passage and water flow.

Improved Aquatic Organism Passage Roads can create a complete or partial barrier to wildlife movement, particularly aquatic species. When a culvert it properly implemented and maintained, it will allow wildlife to move upstream into valuable and needed habitat.

Improved Passage for Land Animals Wildlife, such as otters, turtles, frogs, and more, will often cross roadways to get to their desired habitat and can be in danger of becoming roadkill. However, if culverts contain “dry passage” these species can often walk underneath the road and away from harm.

The Long Island Road-Stream and Tidal Crossing Improvement Project, led by The Nature Conservancy with input from state, county, municipal, and other partners, has identified and prioritized road-stream and tidal crossings in Suffolk County, NY for upgrade or replacement. The prioritization is based on social and ecological criteria.

Crossings are prioritized based on four categories of benefits: ecological benefit, resilience benefit, transportation benefit, and infrastructure condition benefit . Within each category, individual metrics are scored on a scale of 1 to 5 . Higher scores indicate a greater benefit and therefore higher priority for upgrade or replacement. Within each benefit category, metrics are summed and then re-scaled to a 1 to 5 scale. Finally, all four benefit scores are summed to calculate the Total Prioritization Score, with a potential range of 4 to 20. A detailed explanation of all the metrics and scoring methods for this prioritization is provided in the Prioritization Scoring Summary document found at the project resources site.