Will they be Good Neighbors?

Wildlife is in trouble around the globe. From tiny frogs to top carnivores, there has been a flood of research in recent years documenting the grave situation many species face. Even some of our most charismatic megafauna are at great risk. And new research lends support to the argument that we’re in the midst of the planet’s sixth “major extinction event.”

Remarkably, despite this distressing overall trend, Long Island is in the paradoxical position of welcoming a new species. Not a once-extirpated species that has been recently reintroduced, or an exotic species that established here after being unintentionally released, but rather a top carnivore, the Eastern Coyote, that is in the process of expanding its range to include Long Island.

Coyotes historically lived only in the western and central United States, where they thrived in the prairies, deserts and wide-open country for which they are especially well suited (and famously known). Their range was limited to niche habitats by larger predators, including wolves, bears and cougars, which dominated richer, forested habitats like those found in the eastern part of the country.

But with humans clearing forests and mercilessly persecuting larger predators, coyotes found themselves with some room to roam. And roam they did. Over the past 100 years, coyotes have expanded their range eastward to include the entire continental United States and southeastern Canada. They’ve also expanded further northwest into Alaska and south into Central America (even South America is in their sights).

Coyotes have succeeded in every possible habitat, from the taiga of Canada to the citrus groves of Florida. They’ve even settled comfortably into urban areas: a healthy population roams Washington, D.C. and Chicago is home to several thousand coyotes. A few years ago, a coyote made headlines when it casually walked into a Quiznos in Chicago’s South Side and sat down in a beverage cooler!

The fact is most urban and suburban areas in North America are now home to coyotes. The adaptable animals (“behaviorally plastic generalists,” as scientists say) manage well on the margins of development and in between the areas of human habitation. They primarily inhabit out-of-the-way places in parks, greenbelts and industrial areas, survive on a wide range of food, and avoid humans by being most active at night. They are, according to experts, masters at hiding in plain sight.

Long Island is now the only major area left in the country (not including Hawaii) that coyotes haven’t colonized. But the process is underway. Coyotes are well established in Westchester and firmly ensconced in the parklands of the Bronx. As these populations grow, young adults are increasingly being pushed to explore Long Island for available territory (they can easily swim from parts of the Bronx, but they are more likely to walk across bridges and train trestles). 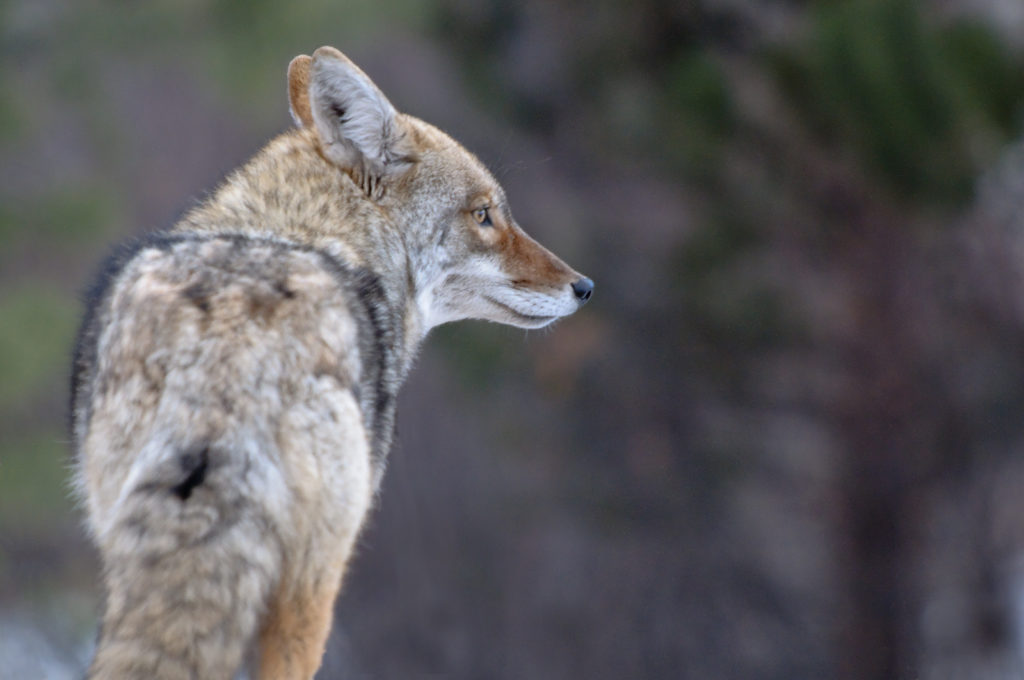 The Long Island Coyote Study Group is a coalition of government officials, academics and nonprofits working to monitor the coyote colonization of Long Island and research their ecological impacts. Members of the group are also engaged in efforts to educate Long Islanders about coexisting with coyotes. Participants include representatives from the following:

Long Island’s first official resident coyote settled into a small park in Queens as early as 2009. Reports of additional individuals followed in subsequent years, but the island’s first confirmed mating pair wasn’t documented until more recently. The young adult pair had been living in a narrow woodlot near LaGuardia Airport for years and went largely undetected before rearing a litter of eight pups in 2016. Even then, it was only when trees were cleared for a parking lot that they were discovered and problems arose. Their pups, still too young at the time to be moved far, eventually attracted attention. When people started feeding them, the Port Authority decided it had no choice but to remove the family to “protect the safety of its employees.” All but one of the coyotes were trapped and killed (see here for full details).

Despite the tragic results at LaGuardia, the coyotes have kept coming. Over the past few years, new individuals have continued to show up across northwestern Long Island. One even turned up at Robert Moses State Park on Fire Island earlier this year. With several mating pairs having now established in northern Nassau County, coyotes seem to have finally gained the foothold on Long Island that will be the springboard for their expansion. Scientists expect they’ll fully colonize the island within a decade.

To be clear, while episodes like what happened at LaGuardia may temporarily delay the process, there is little we can do to stop coyotes. For over a century, communities worried about perceived dangers to humans, threats to livestock or other concerns have failed to remove or keep coyotes out.

As word of the pending colonization spreads, Long Islanders, like many others before them, will reasonably be concerned about safety. But coyotes have demonstrated across the country that they can live harmoniously in proximity to people, even in densely populated areas. While some level of conflicts (including confrontations with people and pets) are inevitable, most can be avoided. But only if we take the simple, tested steps to prevent them.

The key is to ensure coyotes maintain their natural aversion to humans and have no reason to be in our direct proximity. Most significantly, this involves not making food sources of any kind available near homes or businesses. Study after study has shown that coyotes primarily rely on a natural diet, but they are opportunistic and will take advantage of food sources we create.

This obviously includes not intentionally feeding them. Coyotes that habituate to being fed are a potential risk and must be lethally removed (as wildlife managers like to say: “a fed coyote is a dead coyote”). But crucially, it also includes eliminating any unintentional sources of food, such as garbage or pet food. It also includes closely monitoring pets, especially at dusk or nighttime. It should surprise no one that small dogs and cats left alone at night are likely to attract the attention of a resourceful coyote living in a nearby woodlot. In this regard, a large burden will fall on pet owners to modify their behaviors and keep their dogs and cats safe. These and other simple steps – including aggressively scaring off any coyotes that do get too close – will help keep them away from our residences and eliminate most conflicts.

We know coyotes will colonize Long Island in the coming decades. And we know they can make good neighbors. We also know that by replacing missing apex predators, they’ll have a positive impact on our natural areas and the island’s overall ecological health. The only question is whether we’ll modify our behaviors and take the necessary steps to minimize negative interactions. In other words, the question is not whether coyotes will be good neighbors; the question is rather, will we?

Be a Good Neighbor!